Many hundreds of herbs are still being researched for effective use in the treatment of different types of cancer and require further scientific approval before general acceptance by the medical profession. Nevertheless increasing numbers of independent doctors dedicated to their professional healing ethic are motivated by the unsatisfactory methods in common medical practice today and are willing to trial 'alternative' methods.

Echinacea angustifolia Echinacea is Dr Vogel's particular recommendation for its beneficial action on the whole body when under stress of cancer or other serious disease. This medicine is followed by many who wish to follow non-invasive methods of treatment.

Ganoderma lucidum Reishi Mushroom has strong anti inflammatory action. It has been used for centuries in eastern medicine in the treatment of cancer. Modern tests show that the powder from the gills or spores of these mushrooms can give as much relief from inflammation as hydrocortisone and aspirin with none of their side effects, whether administered orally or topically. It is regarded as the most valuable cancer remedy in Chinese medicine. It has equal use as a cancer preventive when incorporated into the regular diet.

Grifola frondosa Maitake Mushroom or Dancing Mushroom is very large in form and the most potent immunio-stimulant amongst all mushrooms. An adaptogen used for cancer, diabetes, hypertension, obesity, HIV infection. Effective in treatment of lung cancer, breast cancer, skin cancers, prostate cancer, uterine cancer and ovarian cancer. In Chinese medicine it also is used for leukaemia and in treatment of fibroid tumours. Its wonderful properties are valued in research for treatment of HIV and Aids.

Lappa major syn Arctium lappa Burdock Root is favoured as a food when young shorts and roots are used in stir fries and the extract is used as a mild cancer inhibitor.

Larrea divaricata Chaparral is a North American cure for cancer which has very high success rate. Leaves and stems are used to make a tea and this is taken - 3 x per day.

Lentinula edodes Shiitake Mushroom has marked anti-tumour activity and prevents cancer recurrence of metastasis after surgery. Shiitake contains lentinan and is taken as tonic and immune booster. Shiitake is an edible mushroom native to East Asia, which is cultivated and consumed in many Asian countries, fresh as well as being dried.

Lycopersicon esculentum Tomatoes contain nitrosamine blockers. Nitrosamine can negatively encourage cancer. It is understandable that tomatoes are highly valued in our diet both as antioxidants and to inhibit cancer. Some genetically engineered new varieties such as the purple tomato are under trial for special benefits. We await results.

Mandragora officinarium Mandrake - the European herb provides a traditional remedy when used with caution. Not to be confused with the American mandrake, Podophyllum peltatum.

Panax ginseng Oriental Ginseng and P. quinquefolium American Ginseng, Xi Yang Shen -- One of the most revered traditional remedies to balance the cells of body and brain and particularly successful in treatment of cancerous conditions.

Petasites officinalis syn P. vulgaris Butterbur is perhaps the most important first consideration of herbalists prescribing for cancer in western communities. The famous Swiss Dr. Vogel claims it has remarkable results, even when merely used in conjunction with an improved and natural lifestyle.

Pfaffia paniculata Pfaffia, Suma, Brazilian Ginseng, Amazon Ginseng from the rainforests of the Matto Grosso region of Brazil is known by many common names. The root is used in medicine for treating cancer amongst other diseases. Its action enhances physical immunity and chronic infections. It is proven to inhibit certain cancerous cells and is used as a reliable traditional remedy.

Scutellaria barbata Scullcap is a plant used in China as in western herbalism when S. lateriflora or Virginia Skullcap is used.

Solanum family has many species that offer healing properties as well as needing caution in their use as medicines. Of these, it is Dogbane - Woody Nightshade and Milkweed extracts that have active-compounds useful in treatment of Cancer.

Symphytum officinale Comfrey provides a soothing herb for those suffering cancer of the gastro-intestinal tract.

Taraxacum officinale Dandelion leaves are added to salads and the roots grated or taken as a coffee alternative. It is a cottage remedy for liver problems.

Taxus brevifolia Pacific Yew Tree is the source of the new modern medicinal drug 'taxol'
that seemed to offer great promise as a potential cure for cancer.

Trifolium pratense Red Clover is particularly useful in treatment of irregularities of the blood and gaining recognition as a positive benefit in various cancer treatments.

Triticum aestivum Wheatgrass Juice - a little each day of the juice of common young wheat is claimed as a home cure as proven by Anne Wigmore.

Tylophora indica, T. Asthmatica from India and also Australia is a twining plant has an alkaloid shown to shrink cancer in rats. These species are regularly used in traditional medicine in India. In Australian laboratories two alkaloids have been isolated that would indicate its proven benefits in the treatment of cancer.

Vinca major Periwinkle is well known in the successful treatment of leukaemia and some claim in other forms of cancer also.

Viola odorata Violets of several species are used in cancer cures including the famous Hoxsey remedy. Leaves are made into a tisane and used for external bathing and also as internal tonic. It is an ancient remedy for relieving pain as well as to cure tumours.

Viscum album - Mistletoe is an old traditional European cancer medicine to help balance cell metabolism. It is surrounded with legend and implication that gives almost magical healing when the dose is accurately prescribed. It is commonly given in homoeopathic form.

Zeodary, Curcuma zedoaria and Tumeric, Curcuma longa - anti-mutagens and anti-oxidants - anti cancer agents. These are regularly enjoyed in foods and claimed in India to prevent cancer and reduce tumours.

It is not possible to give details beyond this basic outline of some of the herbs and plants that promise success in the treatment of cancer. Nor have we been able to detail how herbs are best employed in self help when cautions must be strictly observed. We suggest you consult a professional herbalist if you need more practical information.

However there is much we can do to help ourselves. We can become familiar with the vast amount of information available on the Web. We can focus upon a study of the causes and known carcinogens and avoid these factors as much as possible.

We can use our common sense in adding natural plant substances to a diet is based upon a predominance of fresh, natural produce and incorporate the culinary herbs that are specific tonics and preventives.

We can also persevere in attempting to align our physical and psychological attitudes in a positive fashion and will be bound to enjoy positive results.

It is a good idea to keep abreast of the most recent 'new' findings of science and modern medicine as research continues all over the world. For instance, a plant receiving much recent attention is a milkweed plant that is yet to be officially identified, found in Central America. There the villagers have used the plant for centuries, not only as a traditional heart stimulant but as a remedy for cancers, warts and similar growths - they call it "cancerillo"!

Traditional Chinese medicine offers no single word to identify what they consider are the many complex conditions and manifestations of the disease that western medicine includes under the one name 'cancer'. In the ancient system of medicine in China, cancer is seen as a complex disease and treated accordingly. Although this philosophy has been shared by western naturopathy for generations it is only now being seriously considered by modern medicine.

So remember, we do not have to suffer surgery, chemotherapy and other medical procedures that cause us to suffer serious side effects in addition to the symptoms directly related to the disease. We have free will that allows us to seek for alternatives and we can do no better than to look to the natural plant medicines used in the various enduring cultures of the world. These are best applied in conjunction with your doctor. 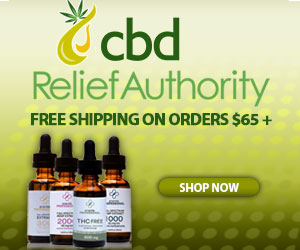 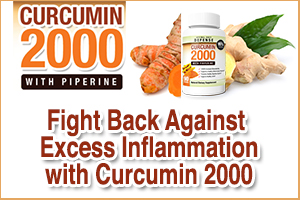