How To Get Kids To Eat More Vegetables

Well, we have a rule. That rule says you can't leave the table without tasting what's on your plate. So, he did and left quickly.

It's frustrating when your kids won't eat the food your serving. And even more frustrating when you can't get them to eat the vegetables you know they need. Yesterday the outcome was that he didn't really get anything for dinner. Harsh? Maybe, but if you won't eat what's on the table you not hungry enough!

Today I had a chat with some colleagues. I wanted to know if they had the same issues with their kids and how they handled it. We came up with these 7 tips.

Make sure you offer vegetables from day one. It's easier to get your kids to eat vegetables if they've always done it. Make sure vegetables become a natural part of their diet. A habit if you will.

What I can tell you is that this is a mistake we have definitely made. We haven't been good enough at getting vegetables on the plate from an early point my son's life. The eldest son is now 5 years old and we're facing an uphill struggle. That tells you something about how early you should start.

Kids are stubborn. Be more stubborn! No matter how difficult it gets you need to be more persistent than your kid. We're out in the trenches. We're fighting for their future health. It's a battle that's far too important to lose.

I told you earlier that we have a very simple rule. You don't get to leave the table until you've tasted what's on the plate. This goes for everything including vegetables. Even if you have little success feeding your kid vegetables it's critical that you keep trying. Many of the other tips mentioned here work really well in that regard.

One way to sneak vegetables into kids diet is to mix it with fruit. There are a ton of salads you can make with fruits like apples, pineapples, strawberries, etc. You can also mix in things like raisins to sweeten the deal. However, it's important that the salad doesn't contain just fruit. The key is to mix vegetables like carrots, red onions and peppers into the salads. Sure the kids can try to avoid the vegetables, but it's not going to be easy. Especially if you chop or slice the fruit as well as the vegetables in small pieces and mix them together.

In my experience kids are very good at separating the fruit from the vegetables. Be firm, but fair.If they willingly taste bits of the vegetables and eat all the fruit that's OK. The important thing is to get the process going.

Does your kid like lasagna and other pasta dishes? Those are prime candidates for vegetables. Use fresh vegetables or even frozen vegetables. Throw a bagful of vegetables into the dish and watch him eat. Ok. It might not be quite that easy, but it's going to be nearly impossible for your kid to avoid the vegetables.

I've experienced complaints when I've added sliced carrots to the pasta, but usually it ends up going down pretty well. Many kids love pasta and I certainly know mine do, and pasta is a prime candidate for vegetables. Use fresh or frozen vegetables in tiny pieces. Make the vegetables impossible to avoid.

My son loves tomatoes so we like to make a simple tomato salad with (obviously) tomatoes, red onions and olives. He likes olives and tomatoes, but isn't too keen on the red onions, but by chopping them up and mixing them with the tomatoes and the olives it's hard for him to avoid them.

As a parent you have to draw the line. If your kid won't eat the dinner you have prepared because it contains vegetables then that's just tough luck! Don't make any other kind of food available. No sandwiches, no candy, no nothing! At some point the kid will cave and start eating what you put on the table.

What happens in these situations when I experience them at home is that my son will usually make a huge fuss about it and then eventually he'll sit down and eat. When I say a huge fuss it can easily mean he'll be kicking and screaming for the better part of an hour. In the rare instances where he simply refuses to eat it there will be no dinner for him at all! I have experienced that 2 or 3 times the past year.

Be A Good Example

This is without a doubt the most important of all 7 tips!

If you won't eat your vegetables how can you expect your kid to? You can't! Parenting is very much about setting a good example for your kid. Eating habits are no different.

The truth is I have never really been a huge fan of vegetables myself. It's a habitual thing from my childhood. This has clearly influenced the habits of my oldest son. That's why I've been working hard to rectify that situation for the last couple of years.

So, what's our next move? Well, at our dinner table we'll be applying all of the above. Starting next week I'll be mixing vegetables into all dishes. I'm also contemplating a "veggie week" without any meat. 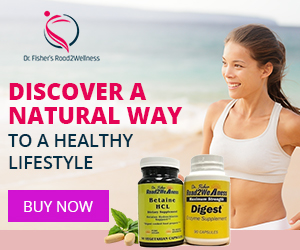 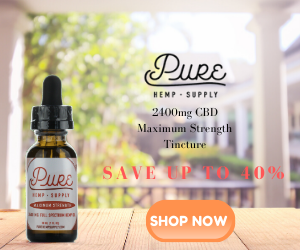